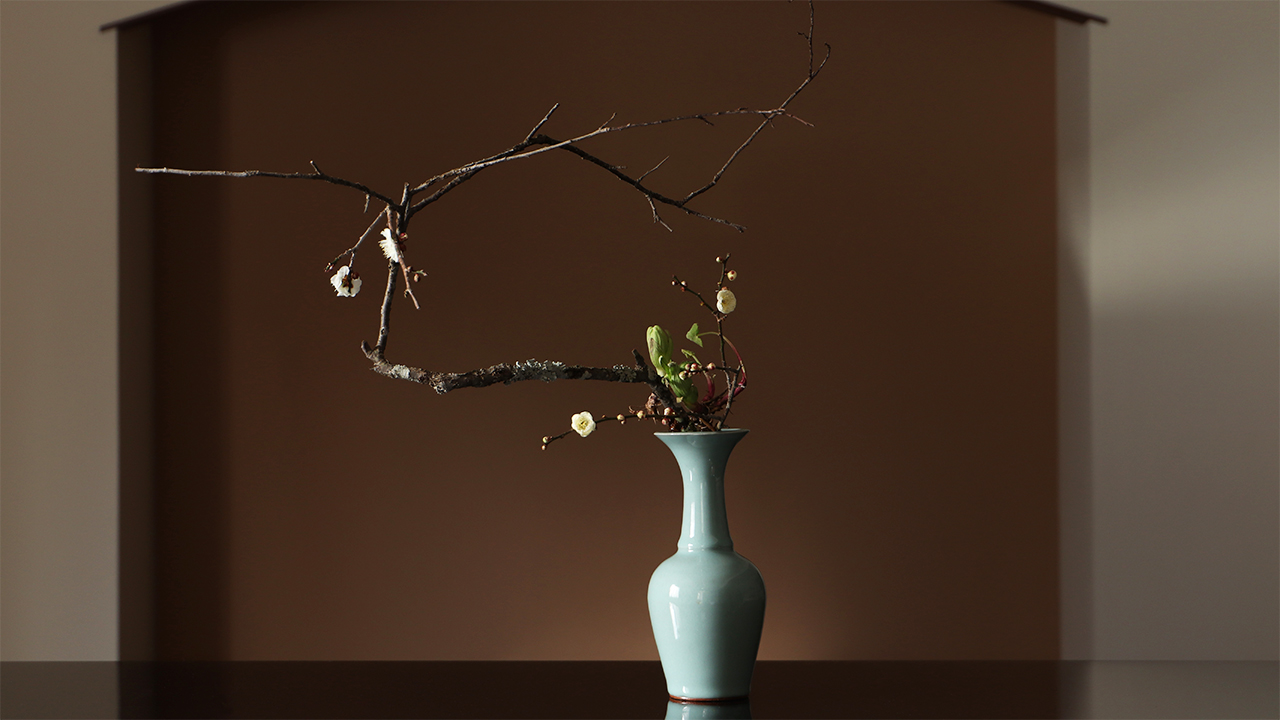 With Plums from Dazaifu Tenmangu Shrine

In the old days, Dazaifu, a government office that controlled Kyushu as an administrative agency and played a role as the western capital.

Thanks to the kindness of Mr. Nobuhiro Nishitakatsuji, the 40th priest, I was fortunate to have the plum of Dazaifu Tenmangu Shrine lived by Ms. Shiho Yokokawa.

We would like to express our deep gratitude to everyone who helped us.As an art dealer, I am thrilled to have wonderful flowers in the vase of my choice.If the corona wasn’t in fashion, I wanted everyone to see it, but this time I’ll leave the unattended event in the column.

The welcome drink is plum wine, which is also the sacred sake of Dazaifu Tenmangu.Plums harvested in the precincts are used. 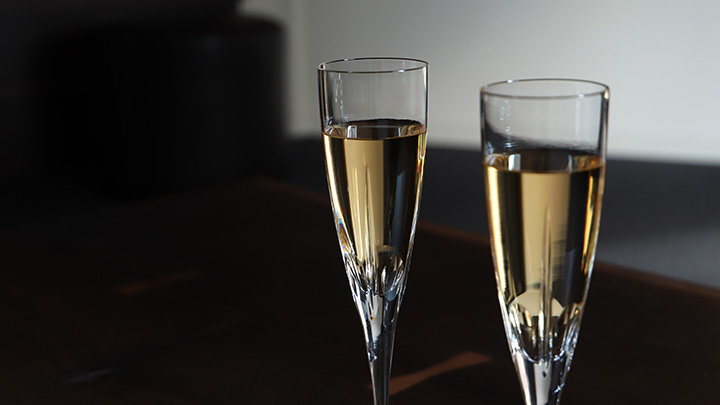 To-Tou Tenjin is a tale made in Japan during the Muromachi period（1338～1573）.Sugawara no Michizane（845-903）dreamed of joining a Chinese Zen priest, Bujun Shiban （1177～1249）, and when he learned overnight, he returned to Japan with a branch of plum blossoms. 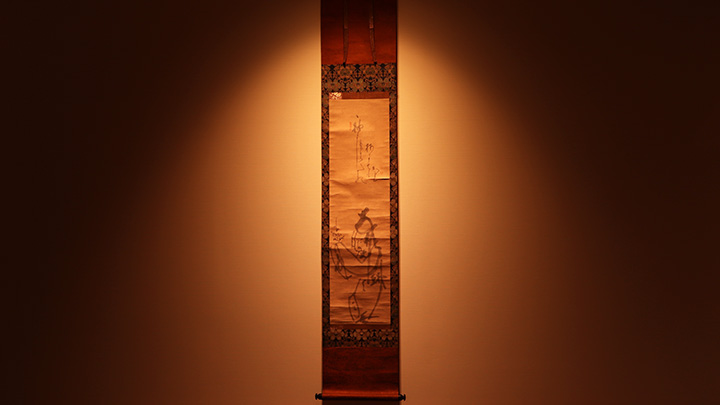 The japanese sweets are Baien, a purveyor to Dazaifu Tenmangu.Mt. Homan has been worshiped since ancient times as a mountain where gods descend.Every May, a frog child born in a pond at the foot of Mt. Homan takes about a month to reach the summit of 829 meters（the height of five Everests in humans）.It has not been confirmed that frogs are aiming for the summit other than Mt. Homan, and this mysterious behavior has been certified as a citizen’s heritage of Dazaifu City.The lovely appearance of the frog is expressed by “Reiwa no Midori”, and Mt. Homan is expressed by “Yorotsuyo”.Overcoming many trials and difficulties and aiming for the summit of the mountain is an image of working hard toward the goals of taking an examination, job hunting, and qualification examination.The name “Kaerubako” was created with the idea that the goal could be achieved safely. 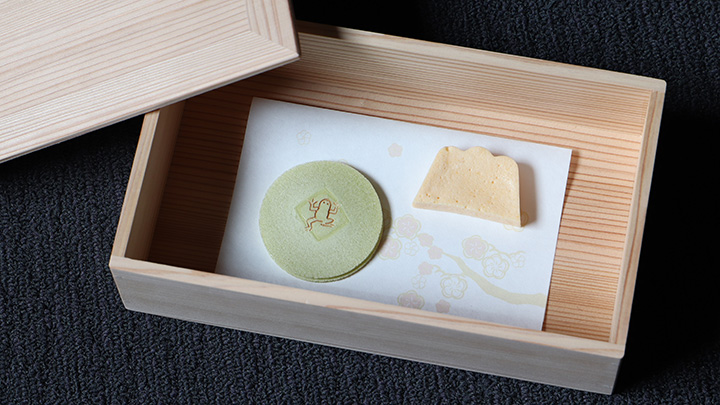 The wind god who controls the wind is a guardian deity who drives away bad gods, prevents wind damage, and bestows good harvest and good luck. 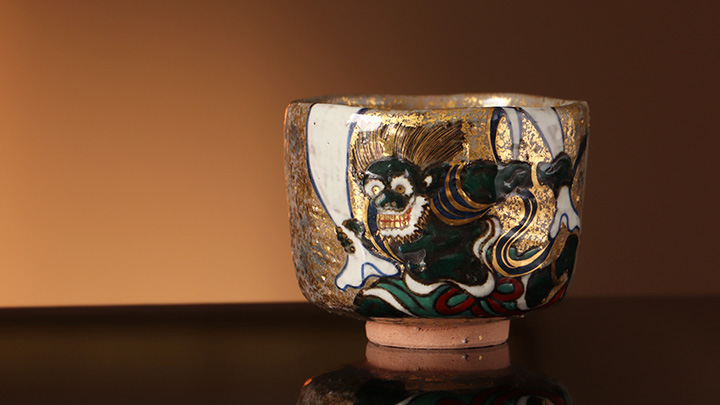 The thunder god who controls thunder and water is a guardian deity who exterminates evil with the power of thunder, prevents thunder and fire, and bestows five-grain fertility and good fortune. 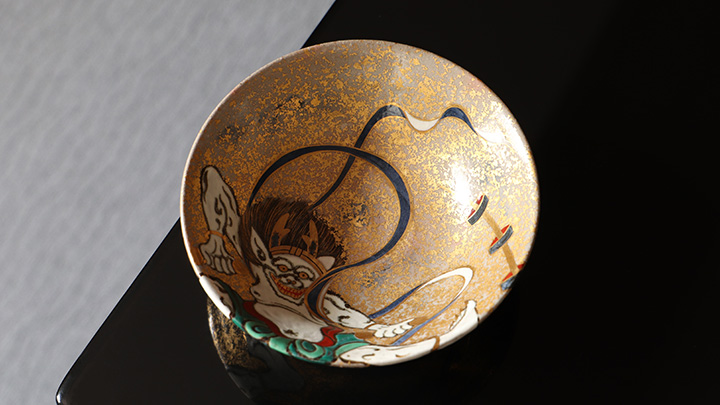 Wishing for the extinction of the plague, we expressed “Kochi（Eastern wind）” with the wind god and “Tenjin” with the thunder god, in line with the taste of plum blossoms.

Vase is the celadon by Kanjiro Kawai’s shokei kiln.The skillful and delicate work is close to the original, and it strongly accepts the fragrant white plum blossoms. 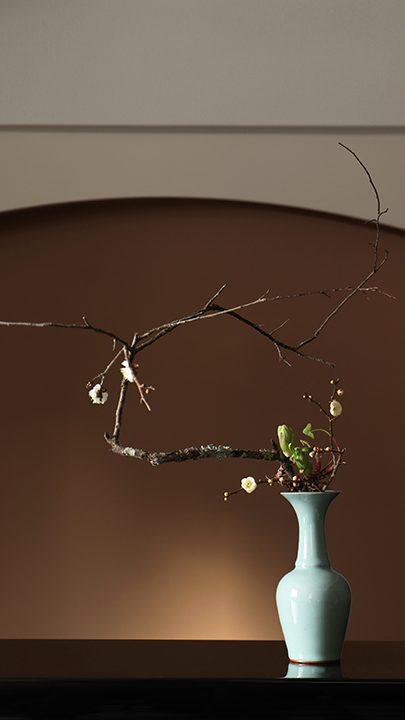 Ms. Rie Urata, the Japan Women’s Goalball National Team, also visited the exhibition as the guest.I took a commemorative photo with Ms. Yokokawa with the gold medal in London in 2012 and the bronze medal in Tokyo in 2021. 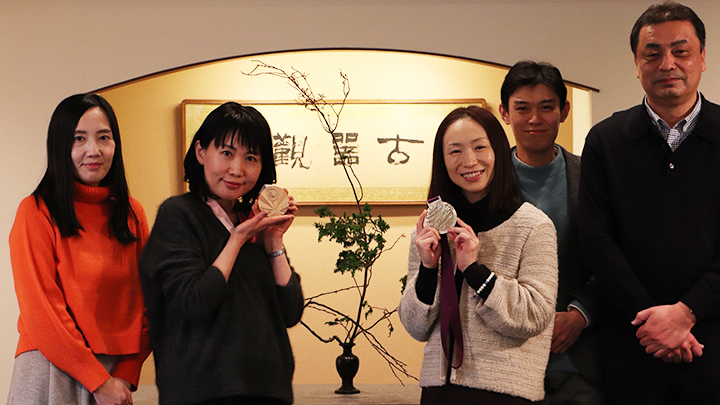 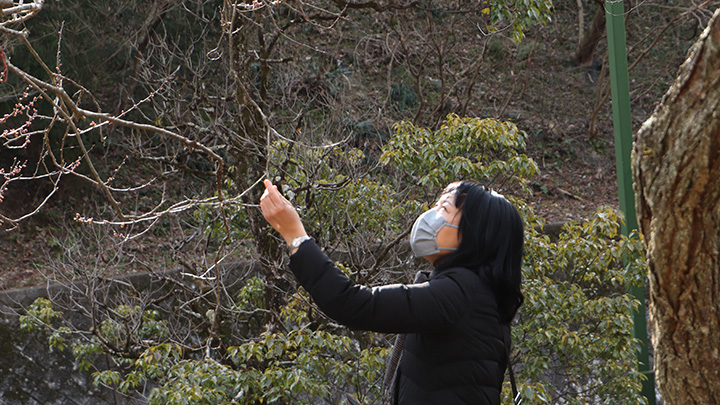 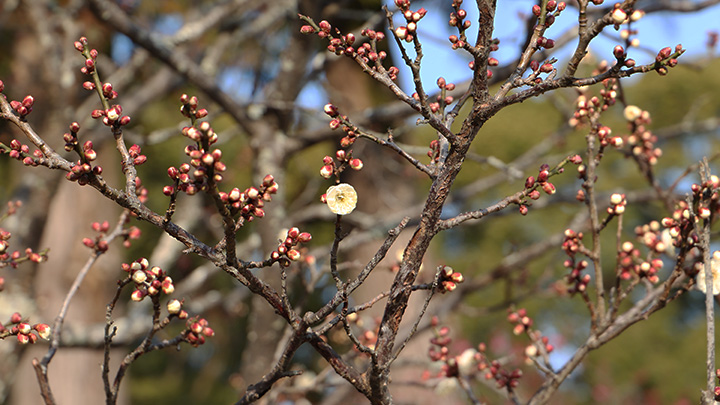