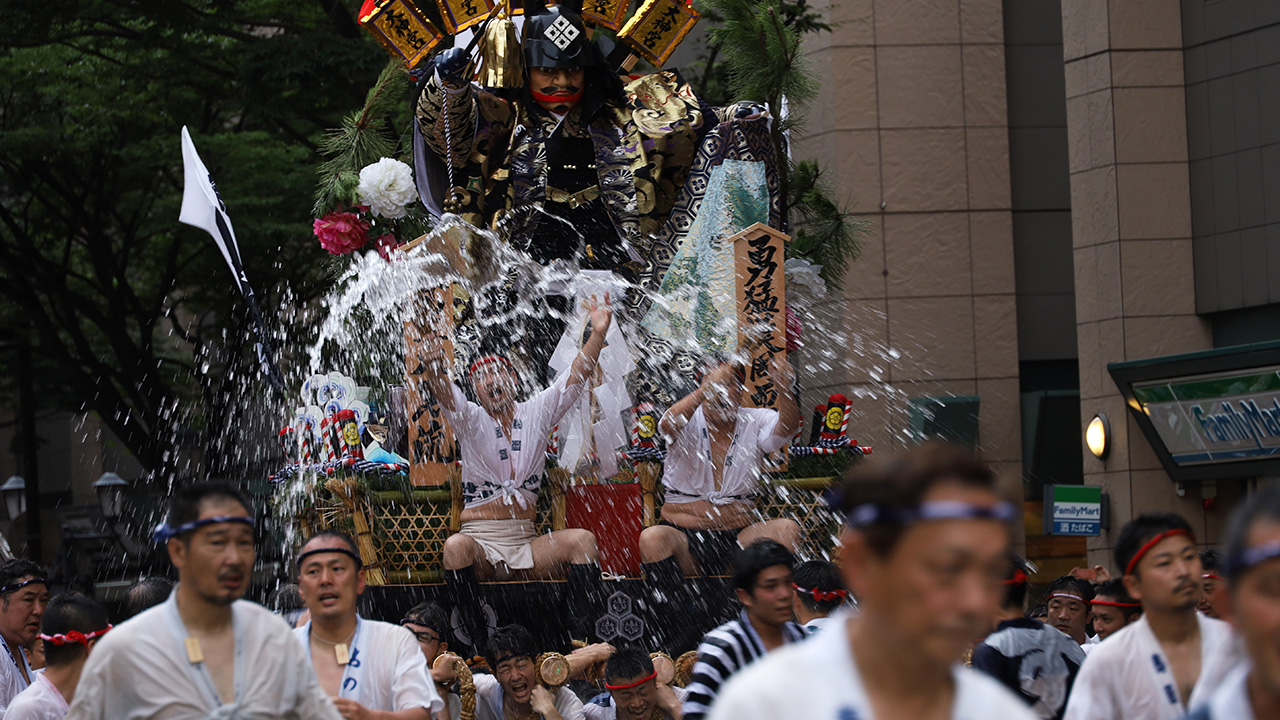 The only day when kaki-yama crosses hakata and crosses the center of fukuoka is the “group-yamamise” on the 13th.Men carry yamakasa, which is about 3m high and weighs about 1t, on their shoulders and runs about 5km in the city of hakata.Another name is also called “Kaki-Yamakasa”.

The powerful back of the men. 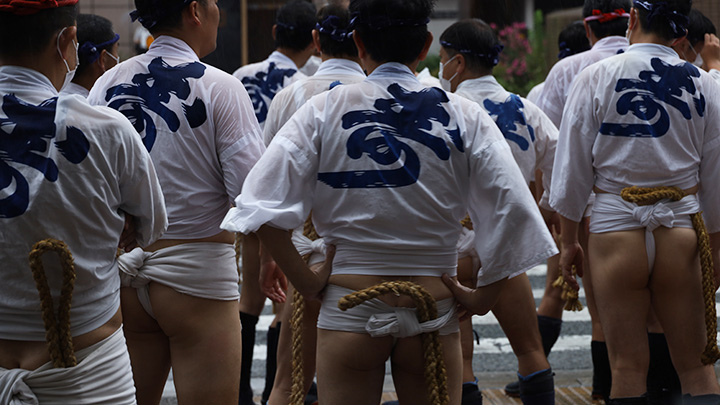 Showa street in front of our store is also on a strict alert system to regulate traffic. 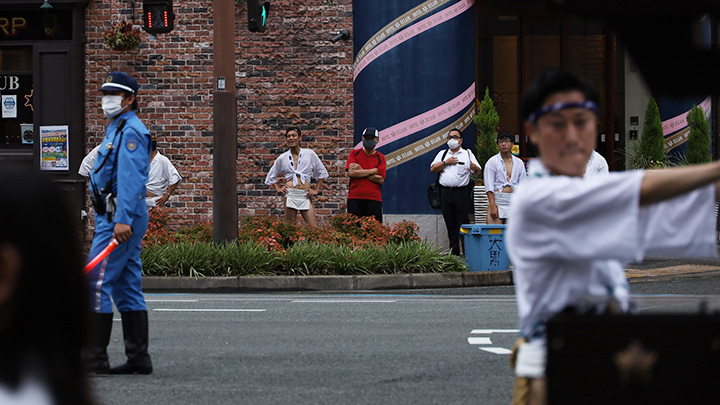 Hakata gion yamakasa will be held for the first time in about 3 years.It is the festival that makes you feel that summer has come to hakata most. 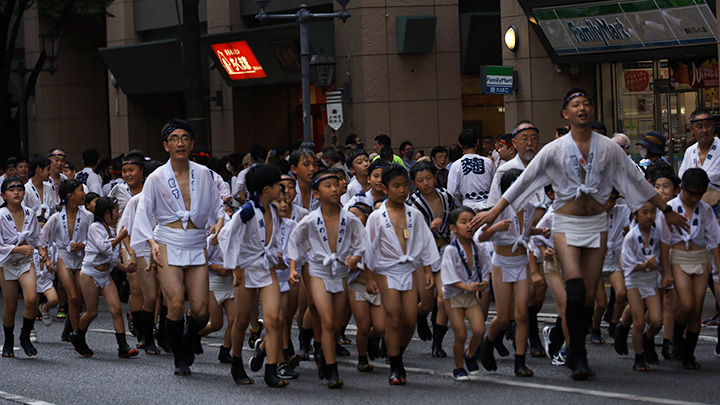 There is a lot of dark news these days, but the children’s cheerful appearance and smiles save us. 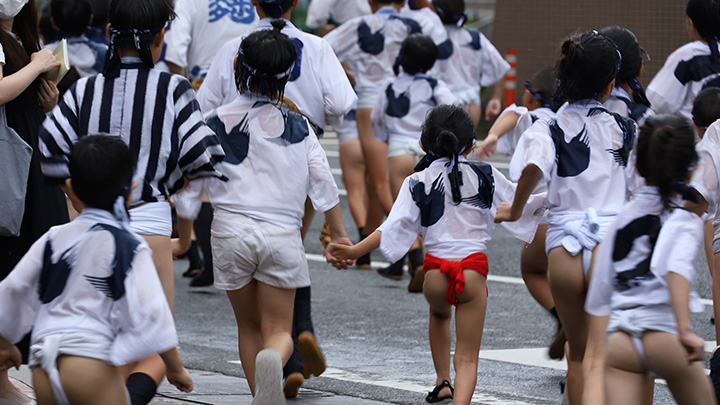 With the wish to disperse the plague, it will be the finale “Oi-Yamakasa” in the early morning of July 15. 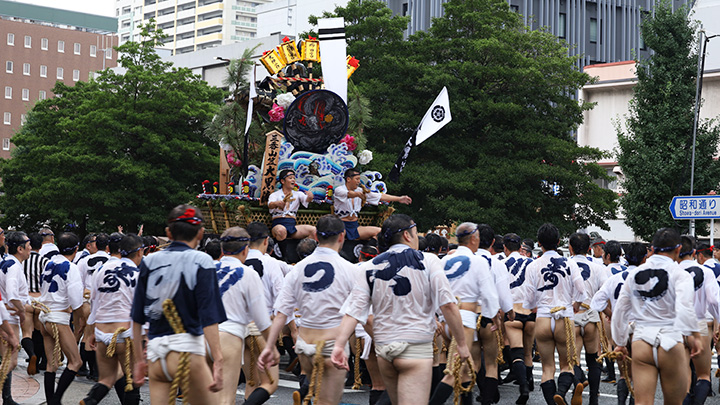