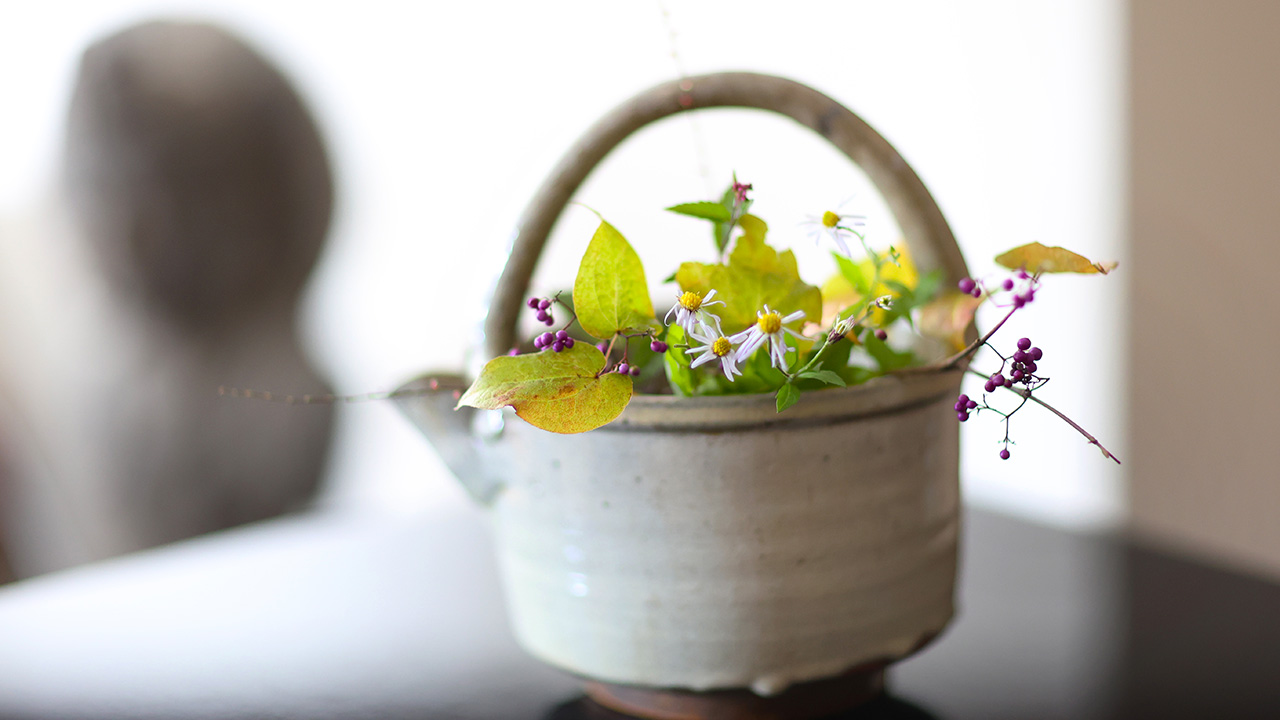 Thinking of the scenery of the mountains in Nogata where the Uchigaso-kiln was, I tried to combine the small flowers that bloom at my feet in the mountains that seem to be blooming near the kiln. 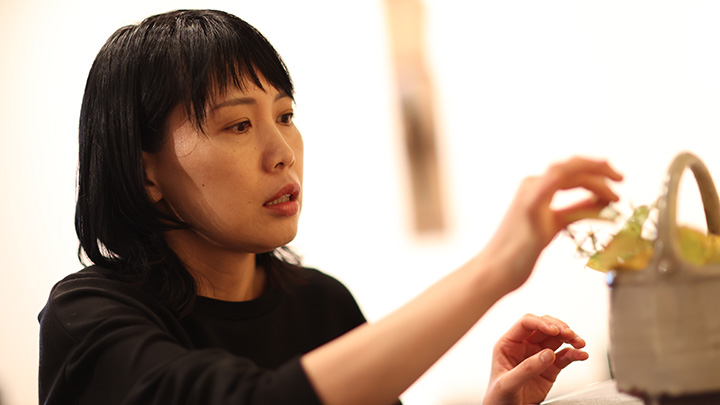 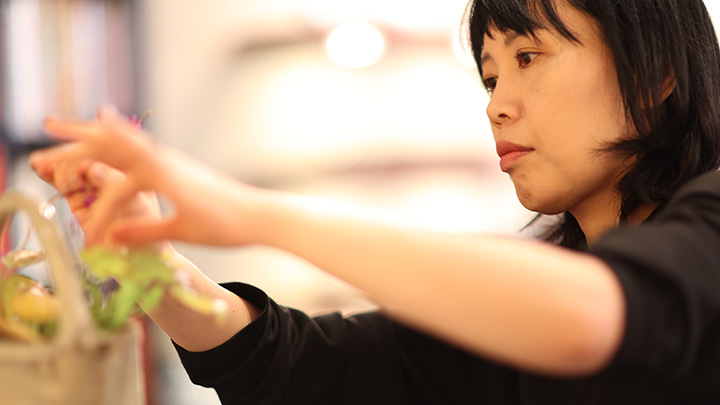 Takatori ware known as the ware of the Kuroda clan of the Fukuoka domain.Tea utensils were mainly fired as “Enshu Seven Kilns” that received the taste of Kobori Enshu.Among them, “Uchigaso-Kiln” developed full-scale ceramic art activities and found a wide sales channel.The characteristic white glaze is applied to the entire surface, and the politeness is outstanding in every detail.