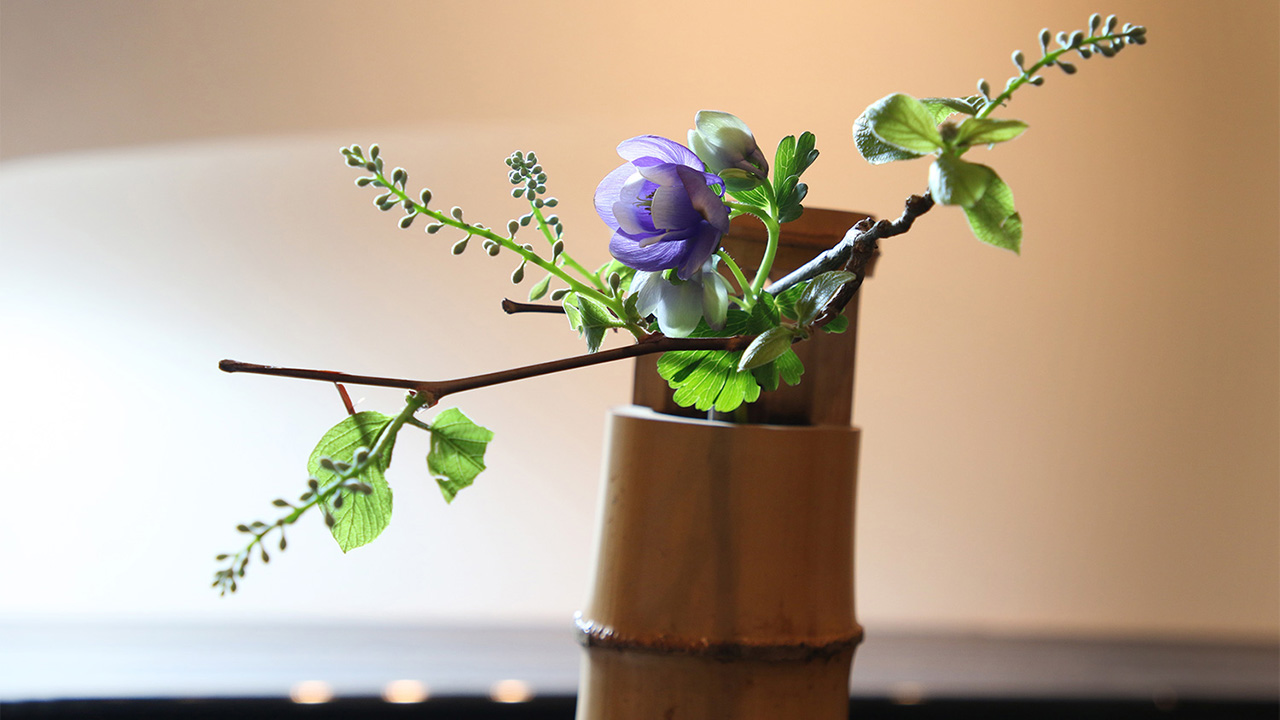 Put Flowers in the Flower Container

It is said that Sen no Rikyu started single-cutting when he went along with the attack on Odawara in 1590 and made it using bamboo from Izu Nirayama.It’s a simple design, so I tried to keep the flowers clean.I added Styrax Obassia, one of the seven Rikyu flowers. 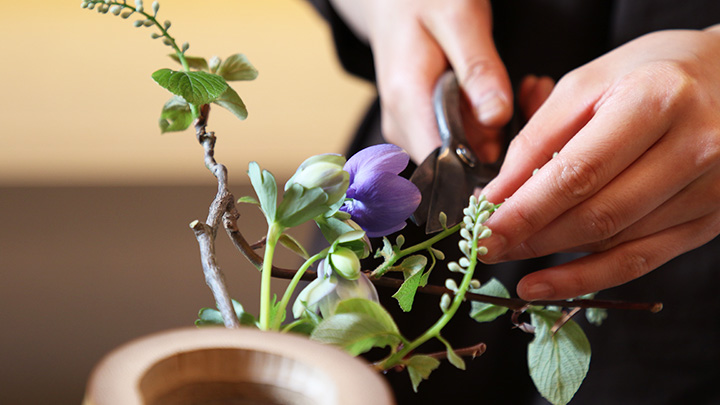 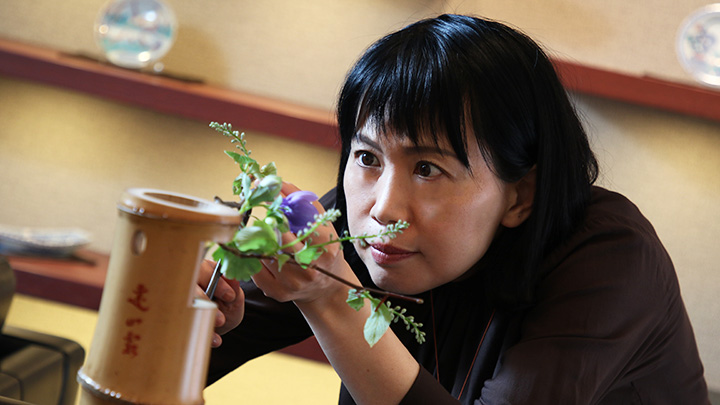 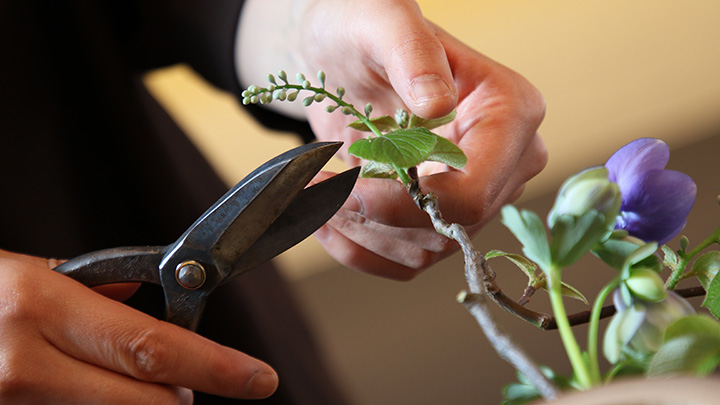 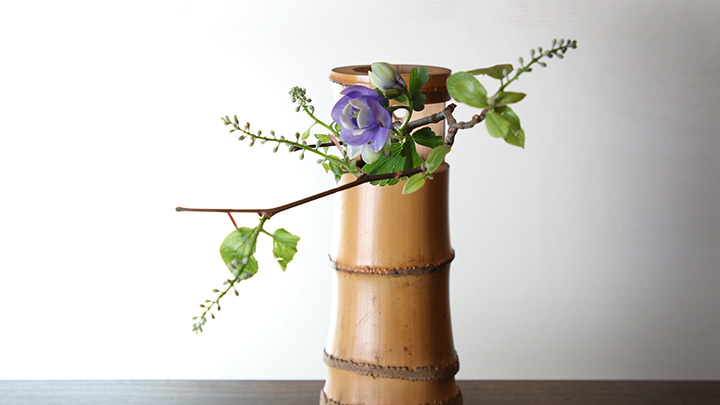 The special bamboo selected by Shogen Kuroda in Nanki Kokawa（Wakayama Prefecture）is used.The cut bamboo is dried until the water is drained, and then smoked over a charcoal fire to remove the oil.After that, let it dry for another 5 years after it is dried in the sun and becomes whitish.After going through this long process, Shogen Kuroda will produce it.The beauty of bamboo gently accepts seasonal flowers.