The aode-kutani reached from the early-imari, the first porcelain in japan, through rapid technological innovation. As if to symbolize the ephemeral nature of life, it shines brightly in a limited short period of time and continues to be highly evaluated as a top brand representing japanese porcelain. The rich color glaze is regal, and its majestic appearance has a special atmosphere. In the center is a landscape design, and around it is a heather design and a dynamic wisteria design. The back side, which has become a color painting specification, is also very rare. It is the museum piece of aode -kutani that is well over 30.0 cm.

Beautiful glaze color, excellent condition and first class condition. Although there are tiny chips at the edge, we can say it is nearly perfect condition. 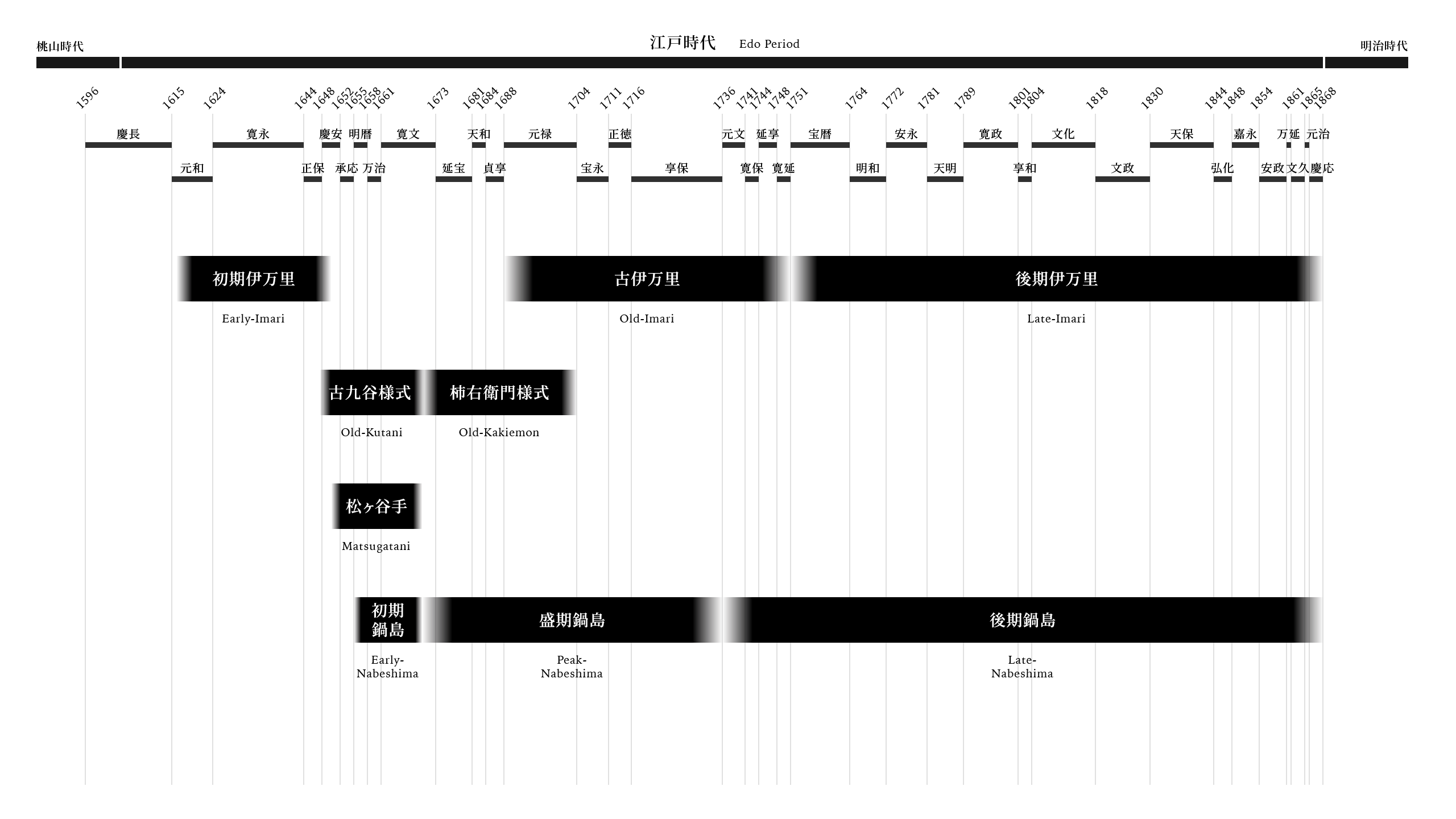 Old-kutani is a style of imari ware developed in arita, hizen（current saga prefecture）, in the early edo period. In the 1640s and 50s, the overglaze enamels technique was introduced to imari ware, which before then was primarily blue and white pottery. Thanks to this dramatic change in technique, early-imari was developed into “Old-Kutani”. Overglaze enamels porcelain, which was originally created by imitating chinese ceramics, developed independently in japan, and in addition to the bright dishes designed for dinner parties, there were also a lot of works created for tea ceremonies and kaiseki. Some pieces were made with noticeably higher quality color painting technique, and it is thought that artists of painting may have contributed to making these pieces. The number of works with inscribed name grew dramatically, and a wide variety of inscribed names were used, such as “Kakufuku” or “Homare”. Since the dishes being made had become wider, in order to prevent the middle of the plates from sagging during firing, a technique was developed that involved adding cone-shaped supports made out of the same material as porcelain called “Hari”. Early-Imari dishes had smaller bases, so there are very few pieces that show signs of the use of these “Hari,” other than large plates. Iroe（overglaze enamels）old-kutani have a magnificent, powerful character, and due to their unique design style and thick, oil paint like coloring, for a long time it was commonly believed that they were produced in kaga（current ishikawa prefecture）- this is known as the kaga theory – but after several pieces of overglaze enamel pottery in the old-kutani style were found in the remains of old kilns in arita, the hizen theory, which claims that they were fired in arita, hizen（saga prefecture）, became more prevalent, and this is the mainstream view today. Thanks to the strenuous efforts of hizen potters in the middle 17th century, these beautiful vessels still exist today, and rival jingdezhen porcelain, which is said to be the highest quality porcelain in the world.

Aode is one of old-kutani style overglaze enamels porcelains. This technique of applying glaze at a low firing temperature is speculated to have been influenced by potteries such as cochin ware, underglaze yellow and overglaze green（jingdezhen kiln）, which reached their peak in china during the ming and early qing dynasties. The base is mostly single fire glazing without bisque firing. Their qualities vary considerably, from pottery with high quality white porcelain bases, to those with both porcelain and ceramic elements, to those with inferior ceramic bases. The yanbeta and maruo kilns are considered the leading production areas.