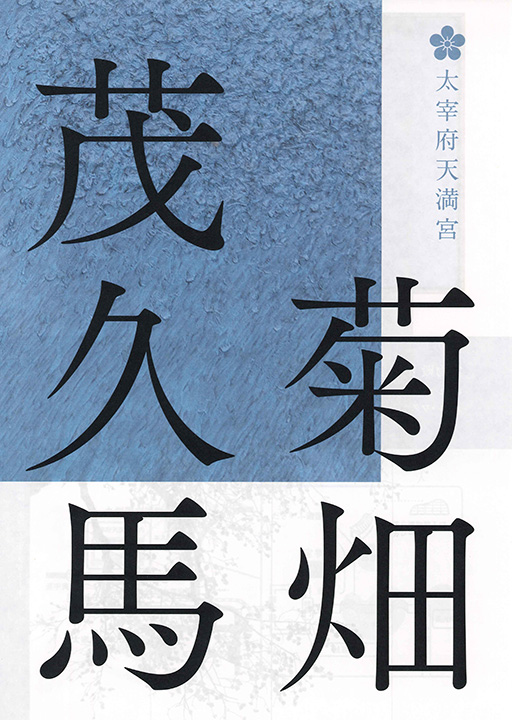 The painting exhibition by Mokuma Kikuhata（1935-2020）has been held at the Dazaifu Tenmangu Museum since March 19, 2022.Mr. Kikuhata was born in Nagasaki City.He lost his father at the age of three and later moved to Fukuoka City to join the avant-garde art group “Kyushu School”.
He left a great mark on the evaluation of Sakubei Yamamoto’s work, which depicts the coal mine in Chikuho, and contributed to the war record.The appearance of Mr. Kikuhata’s bright blue screen being exhibited in chronological order was a result of the relationship of trust between Mr. Kikuhata’s bereaved family and Dazaifu Tenmangu, and I was deeply moved.In the second exhibition room, you can see exhibits by Natsuyuki Nakanishi, Merrill Wagner, Dr. Anne Truitt, etc.

The folding screen “Momentary Eternity” by Toshiyuki Kambe is also on display at the same time.When the Great East Japan Earthquake struck on March 11, 2011, he was painting plum blossoms in the precincts of Dazaifu Tenmangu Shrine.In him, the time of the millennium and the earthquake overlapped, and the thoughts of the momentary accumulation became a work.In front of this folding screen, I felt the peaceful daily life, the importance of family safety, and gratitude.The session is until May 8th.