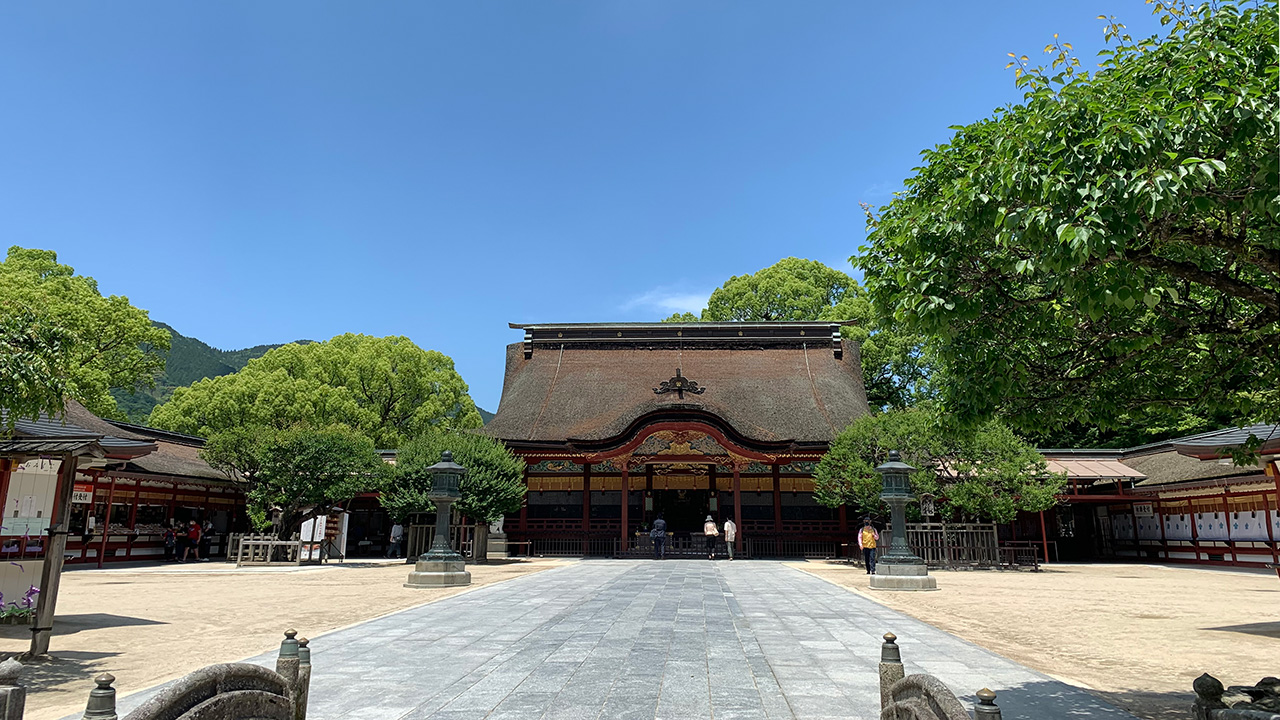 Dazaifu Tenmangu is a shrine dedicated to the spirit of Sugawara no Michizane（Kanko）in Dazaifu City, Fukuoka Prefecture.It is deeply worshiped as “the god of learning, sincerity, and warding off evil.”

Dazaifu Tenmangu, one of the largest in Kyushu, is known as the main shrine of 12,000 Tenmangu shrines nationwide that enshrine Tenjin.With about 10 million worshipers from all over Japan each year, it is one of the most popular tourist attractions.

I went to Dazaifu Tenmangu to pray for my daughter’s academic achievement, which is about to take the high school exam next year.Sacred, natural and comfortable air.It makes me feel relaxed and solemn. 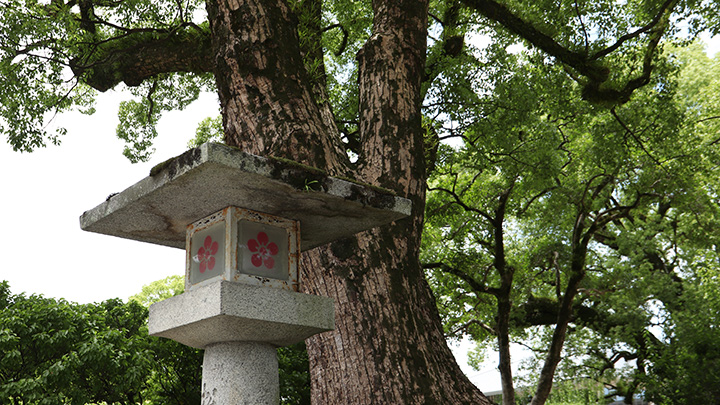 After passing through the large stone torii gate leading to the main shrine, there is a pond called “Shinji Pond”.The name comes from the fact that it is shaped like the kanji “heart”. 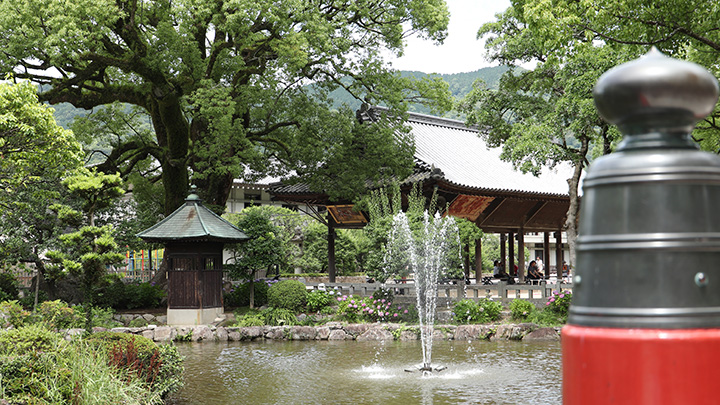 The bridge over Shinji Pond consists of three bridges, “Taikobashi”, “Hirabashi”, and “Taikobashi”, which represent the “past”, “present”, and “future”, respectively.Cross this bridge, your body and mind will be cleansed, and you will be ready to head to the shrine. 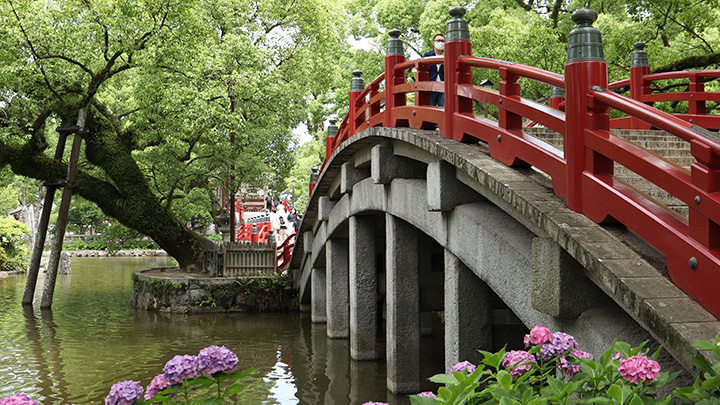 I visited in June.The Chozuya is full of hydrangeas.Beautiful colorful surprises. 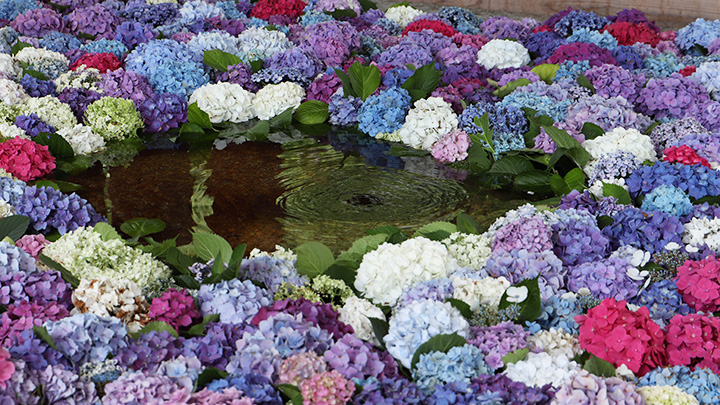 Sugawara no Michizane was a leading scholar and politician of the time during the Heian period.With his wealth of academic talent, he has risen to the position of Minister of the Right.It was the land of Dazaifu that was envious of the extraordinary success and was relegated by the plot of the Minister of the Left, Fujiwara no Tokihira. Sugawara no Michizane died in the South Building of the Dazaifu Government Office in 903, two years after moving to Dazaifu.When I was carrying it in an ox cart to bury the corpse, the cow stopped moving in front of the gate of Anrakuji.I thought this was a suggestion of God and was buried there.The origin of Anrakuji Temple (currently Dazaifu Tenmangu) is that Umasake Yasuyuki, who served Sugawara no Michizane, built a shrine on the graveyard in 905. 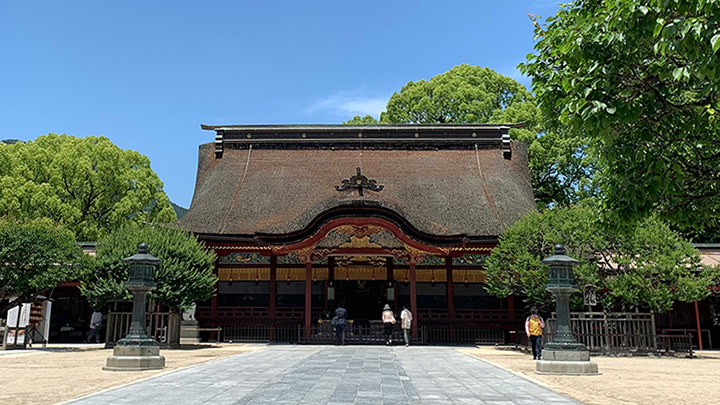 In front of the hall of worship, the sacred tree “Tobiume”

When Sugawara no Michizane left Kyoto in 901, he regretted parting with the plum tree and wrote the following waka poem.“Plum blossom, when the spring breeze blows, send the scent to Dazaifu. Don’t forget spring just because I’m not there.” 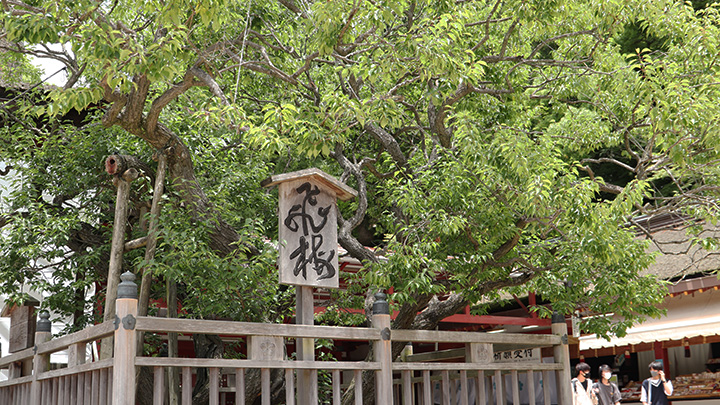 After finishing the worship, I enjoyed the summer-only “Water Omikuji”. 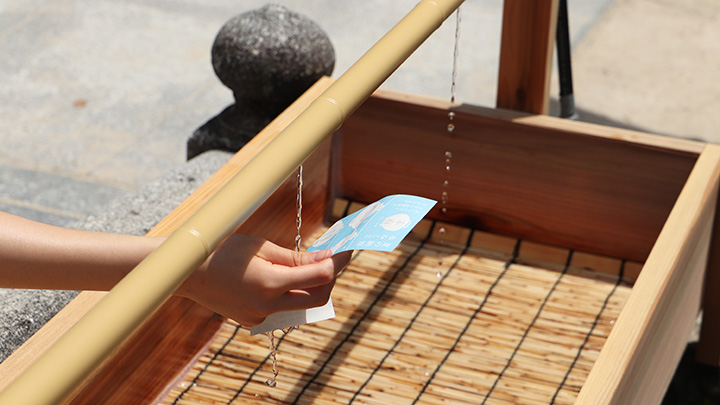 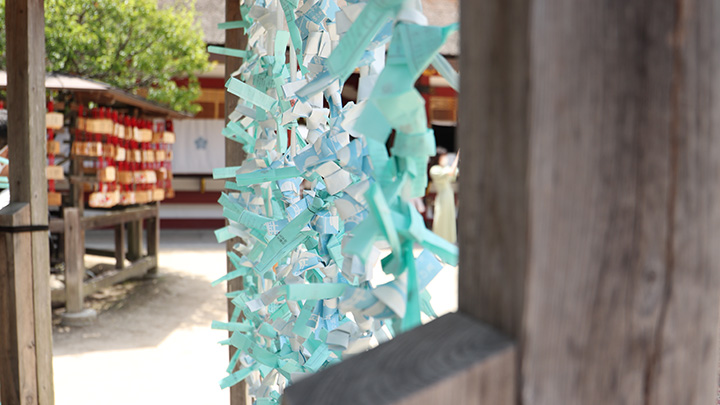 Dazaifu Tenmangu has long been worshiped as a “god of culture.”Nobuhiro Nishitakatsuji, the 40th priest, has a gentle personality with the word “sincerity” appropriate, has high aspirations, and is developing an art program that is not bound by stereotypes.

His abundant knowledge ranges from antique art to contemporary, and he wants to make Dazaifu Tenmangu a place where “culture” is born, such as “going to Dazaifu Tenmangu to appreciate art.”

The treasure hall where 50,000 cultural properties related to Sugawara no Michizane are stored and exhibited. In 1971, 50,000 tsubo of land was donated to Fukuoka Prefecture by Dazaifu Tenmangu Shrine, and the “Kyushu National Museum” was opened in 2005. 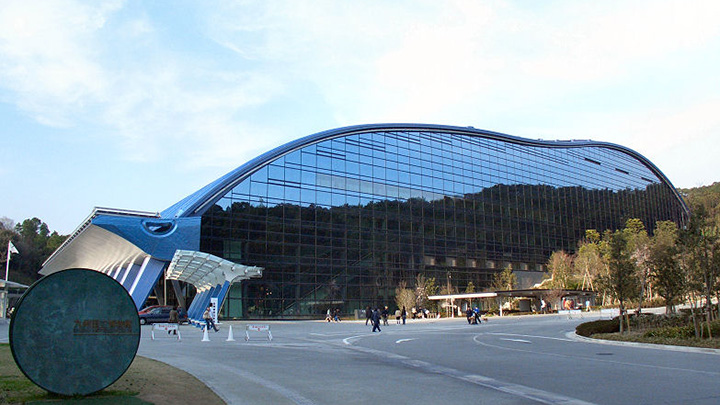 The approach from Dazaifu Station to Dazaifu Tenmangu Shrine is lined with souvenir shops and restaurants, and is always lively with many people. Many people line up in search of the famous “Umegae Mochi”.There is a legend that an old woman gave rice cakes and plum branches to Sugawara no Michizane.

The birthday of June 25, 845, and the anniversary of his death, March 25, 903, will be designated as “Tenjin-sama’s Day”, and green Umegae Mochi with mugwort will be sold once a month.At Dazaifu Tenmangu, the tradition of “layered rice cakes”, which is made by stacking two Umegae mochi, has a special meaning of “desiring a lot of ties.” “Baien” near Dazaifu Tenmangu.“Kaerubako”, a sweet based on the frog of Mt. Homan, has been newly announced. Mt. Homan has been worshiped since ancient times as a mountain where gods descend.Every May, a frog child born in a pond at the foot of Mt. Homan takes about a month to reach the summit of 829 meters（the height of five Everests in humans）.It has not been confirmed that frogs are aiming for the summit other than Mt. Homan, and this mysterious behavior has been certified as a citizen’s heritage of Dazaifu City.

The lovely appearance of the frog is expressed by “Mini Umemori” and “Reiwa no Midori”, and Mt. Homan is expressed by “Yorotsuyo”.Overcoming many trials and difficulties and aiming for the summit of the mountain is an image of working hard toward the goals of taking an examination, job hunting, and qualification examination.The name “Kaerubako” was created with the idea that the goal could be achieved safely. 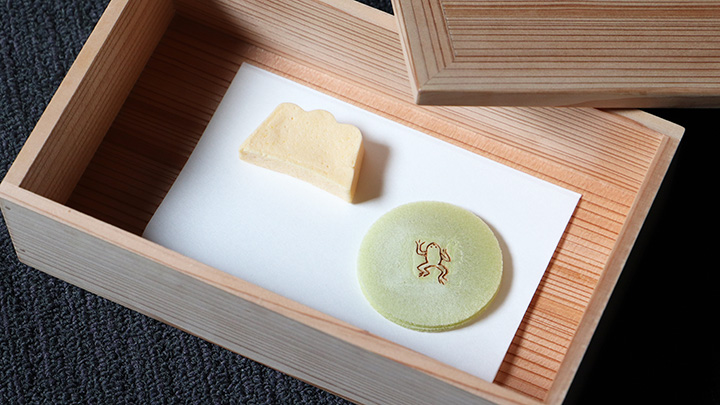 A long time ago, Dazaifu, a government office that controlled Kyushu as an administrative agency and played a role as the capital of the west.While being watched over by Tenjin, Japan will continue to receive more attention as the center of culture that Japan is proud of in the world.